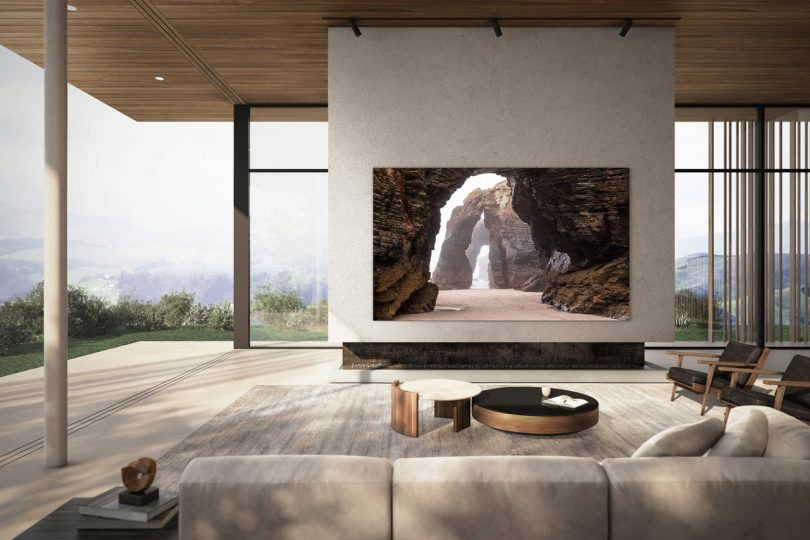 It wasn’t all too long ago people would regularly complain about having a “hundred channels and nothing to watch”. With streaming media sources deluging us with both quantity and quality daily, the opposite seems true today. Throw in shelter-in-place measures, and we’re all watching more content these days, driving many households to upgrade their televisions to larger and more new displays. The recently launched 110” Samsung MicroLED represents the more aspirational end of this desire, an ultra-large screen aimed to bring the cinema into the home. 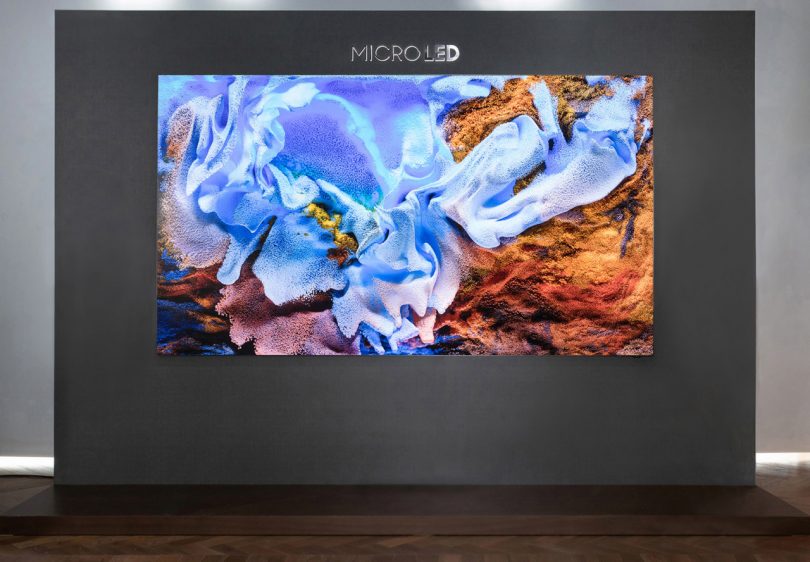 For those interested in specs, the new 110’’ MicroLED is capable or reproducing 100% of the DCI and Adobe RGB color gamut, with the display rated for a lifespan of up to 100,000 hours.

Unlike the majority of sets today, Samsung’s new 110’’ MicroLED uses micrometer-sized LED lights instead of LCD or OLED technology. The benefits are a picture similar to OLED, with the elimination of the backlight and color filters utilized in conventional displays with pixel-by-pixel self illumination producing accurate images, true blacks, and high contrast pictures sans the worry of burn-in. Combine that with the display’s 4K resolution represented by 8 million pixels across a 110-inch screen, and you’ve got one impressive way to enjoy The Mandalorian. 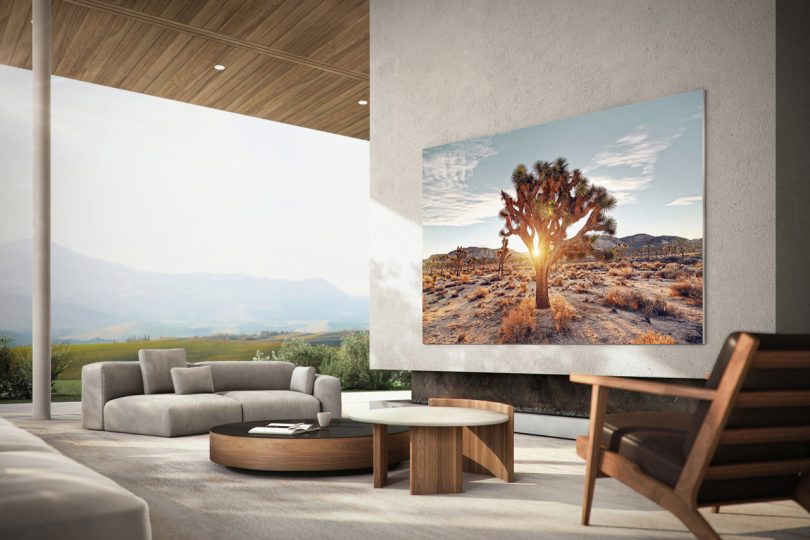 Samsung is touting the television’s 99.99% screen-to-body ratio, which is indeed impressive, with a bezel-less design that defines “minimalist”. Even so, the display hosts and hides an embedded 5.1 channel sound system (aka Majestic Sound System) sans external speaker. The internal system uses Object Tracking Sound Pro to identify objects moving on screen and adjust output to simulate movement. 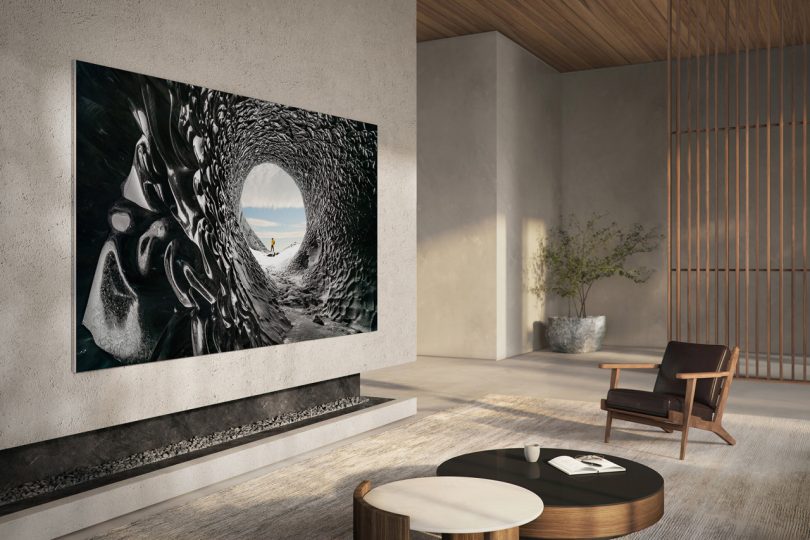 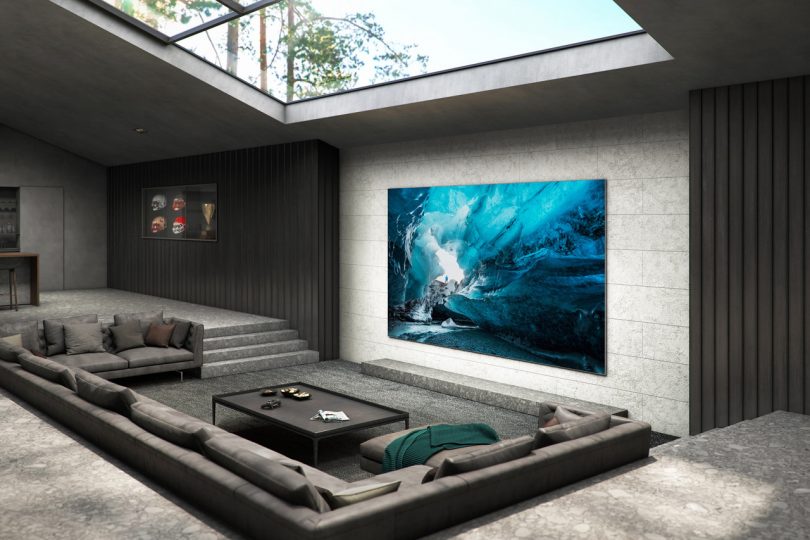 Obviously being so large and equipped with cutting edge display technology, the 110’’ MicroLED will cost somewhere in the ballpark of $156,000. The mega-television will become available globally in the first quarter of next year following today’s unveiling in Korea, with the $60,000 98″ Class Q900 QLED Smart 8K television available today for anyone ready to settle for something cozier.